I saw a 12 year old cat the other day. The owner was seeking a second opinion.  The cat had been losing weight, but was still eating okay.  The owner took it to her veterinarian.  The vet performed bloodwork, but for reasons I’ll never understand, she only did a complete blood count (CBC) and a chemistry panel.  She didn’t run a thyroid test, and didn’t do a urinalysis.  I find this frustrating, and inexplicable.  It’s a senior cat.  You need to do a senior profile.  I can understand not doing a urinalysis if you can’t obtain a urine sample.  Getting urine from cats can be difficult sometimes.  (I never have a problem with that, though.  After thousands of physical exams, I can get urine from about 99% of the cats I examine. Seriously. I am the urine king.)  So, maybe that’s why no urinalysis was done.  There was no excuse for not running a thyroid test, though, especially in a cat with weight loss and a good appetite. 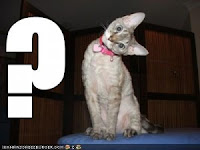 The complete blood count came back normal, but the chemistry panel showed elevated liver enzymes.  Four liver parameters were elevated:  ALT, AST, ALP, and bilirubin.  Hyperthyroidism can cause elevated liver enzymes, but when it does, the majority of the time it’s just the ALT that is elevated.  Occasionally, in very hyperthyroid cats, the AST will be elevated as well.  Three liver enzymes (ALT, AST, and ALP) elevated concurrently from liver disease are rarely seen, and all four parameters elevated from hyperthyroidism?  Almost never.   Still, you would think in an older cat with liver parameters elevated, you’d at least add on a thyroid test.  That didn’t happen.  Instead, the cat was put on antibiotics.  That’s not the way I would have approached things, but regardless, the cat was treated as if it had a liver infection.  Two months later, the cat’s liver enzymes were re-evaluated.  They were higher than they were a month before.  I couldn’t tell from the previous written record what happened next.   I don’t think any medications were prescribed.

About a month later the bloodwork was repeated, and this time, the vet actually did a thyroid test.  Once again the liver enzymes were elevated, a few even higher than previously.  The thyroid test results were interesting.  The normal range for the thyroid hormone is 0.8 – 4.0 mg/dl.  The cat’s thyroid level was 3.9.  Technically still in the normal range, but straddling the high end big time.   So, what does this mean?

If a cat’s T4 level is smack dab in the middle of the normal range, or is at the low end of the reference range, then the cat is probably not hyperthyroid.  If the T4 level is toward the higher end of the range AND you have a sneaking suspicion that the cat might indeed by hyperthyroid, the next thing to consider would be to run a more precise test, called the “free T4” test (abbreviated FT4).  This test measures the unbound or “free” thyroid hormone in the bloodstream, and is a more precise test.  I ran that test, because the cat could very well be hyperthyroid.  She’s the right age, and has a few compatible clinical signs.   One other thing to factor in is the fact that when a cat has any kind of illness that does not involve the thyroid (i.e. non-thyroidal illness), it will lower the cat’s T4 level a little bit.  So, for example, if this cat does have some type of liver disease, that alone could lower the T4 level a few notches.  This cat’s T4 level was 3.9.  If the cat has liver disease, then perhaps the cat’s real T4 is 4.5 or 4.6, but the liver disease has lowered the T4 to 3.9.  So how do we take non-thyroidal illness into account?  We run a FT4.  The FT4 test is minimally affected by non-thyroidal illness.  Clearly the FT4 test had the potential to give us a lot of information on this cat.  So I ran it.

One other possibility is that the cat could have inflammatory bowel disease, with secondary inflammation of the liver.  Inflammatory bowel disease is a common disorder in older cats and can cause cats to lose weight.   Most cats with IBD will lose weight.  Some will vomit.  Most will have a decreased appetite, although many do not.  Often, cats with IBD will have concurrent inflammation of the liver and pancreas.  Routine blood tests will reveal liver involvement because there are parameters on the chemistry panel that indicate liver involvement.  But there are no tests on a routine chemistry panel that indicate pancreatic inflammation.  (Those folks who think amylase and/or lipase are indications of pancreatic inflammation are just plain misinformed.)  We artfully call this triad of IBD-liver inflammation-pancreatitis “triaditis”, shoving the suffix “-itis” onto the word “triad”.  Silly.

One other thought sprung to mind today, while examining the cat.  The cat could theoretically have low grade gastrointestinal lymphoma, a type of cancer that causes gradual weight loss, possibly accompanied by poor appetite and maybe vomiting.  The signs of low grade lymphoma are pretty indistinguishable from IBD.  This type of lymphoma is not too terrible.  It’s treatable using oral medications, and the prognosis is actually pretty decent.  It is, by definition, “low-grade”, meaning it’s not very aggressive and is unlikely to spread to other organs, however, I’ve seen several cases where it does spread, and the first place it likes to go is the liver.  So, this could be low grade GI lympho with secondary liver involvement.  Is your head spinning by now?

So what did I do?  Well, I decided to run a vitamin B12 and folic acid level.  Vitamin B12 and folic acid are two vitamins that are absorbed into the bloodstream through the intestinal wall.  If a cat has a low B12 and/or folic acid level, it’s not because they aren’t getting enough in their diet.  All cat foods have adequate levels of B12 and folic acid.  A low B12 and/or folic acid level occurs because the intestinal tract is infiltrated with some type of cells, like inflammatory cells (in which case the cat has IBD) or cancer cells (in which case the cat has lymphoma).   So, if the B12 or folate is low, it almost certainly tells me that the cat has either IBD or lymphoma.  Unfortunately, a normal B12 and folate doesn’t mean that the cat doesn’t have intestinal disease.  It still might.  So, it’s one of those annoying tests where a positive finding means something, but a negative finding doesn’t.  Frustrating, I know.

So, that’s where we stand at the moment.  I’m waiting for the FT4 and for the B12/folate level to come back.  I’d be shocked if the FT4 came back normal.

Hate to leave you hanging, but I’m presenting this case in real time, as it’s happening, so you’ll have to wait on the edge of your seat, just like me.

Update: Part 2 has been posted. Also, remember to keep voting for this blog "Cat Man Do," a finalist in About.com's 2012 Reader's Choice Awards.  We need your help to win, so keep voting every day, share the voting page with your friends, and remember to tell them to vote CAT MAN DO.
Labels: A week in the life chemistry panel Complete Blood Count Gastrointestinal Lymphoma hyperthyroidism inflammatory bowel disease liver T4 Testing urinalysis Veterinarian Veterinary Medicine