My Trip to Burma: The Ups (free seat upgrade!) and Downs (lost luggage) of Getting There

Normally, I write my blog posts after the trip, but I recently bought a little keyboard for my iPad mini, allowing me to type on an actual keyboard, which I can do reasonably fast, rather than on a touch screen, which I am terrible at. 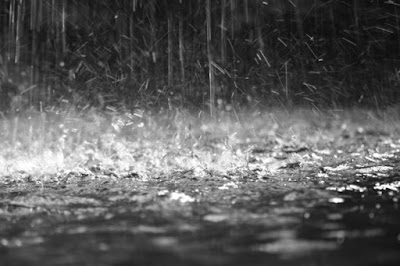 Initially, I was worried about a bunch of things.  The weather report in New York on our day of departure was not looking good.  They predicted lots of rain, and wind.  I was concerned, because our connecting flight from Beijing to Yangon is tight:  just an hour and ten minutes.  Even a small delay could affect our connection.  But the rain and wind never materialized. 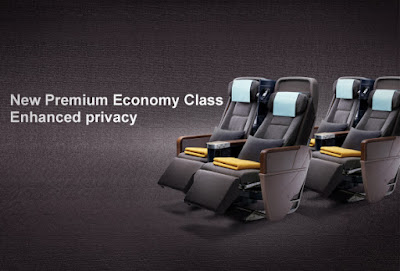 When checking in at the airport, I saw that for an extra $150, you could upgrade from economy to “premium economy”.  It’s a little extra legroom, but  more importantly, it moves us up from seat 58 to seat 32, right near the exit, so we can de-plane more quickly in Beijing to catch our connecting flight to Yangon.  I decided to splurge.  When it was time to pay for the upgrade, however, the guy at the counter – he was a bit of a space cadet, but he had great hair – didn’t really seem to know what he was doing.  After a few minutes fumbling with his computer, he just handed us our passports and boarding passes and said that he couldn’t get the computer to work, so our upgrades were free!  How cool is that?!

Arriving at the departure gate, the line was enormously long.  The line for First Class and Business Class was much shorter.  Our tickets clearly said Economy, but I felt we were on a hot streak with the free upgrade, so we got on the fancy-shmancy line and hoped for the best.  When we got up to the ticket-taker, she processed my boarding pass with not even a pause.  I’m getting good at this  :) 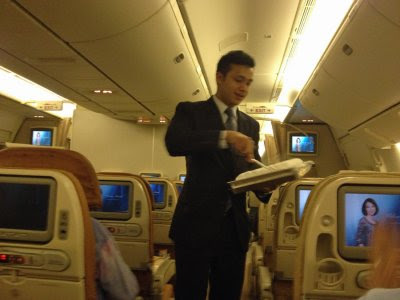 I see that our flight is due to arrive in Beijing a little early.  I hope that really is the case, because  missing our connecting flight would be disastrous.  Okay, time to put away the electronics, we’re getting ready to leave.  (Ooooh, flight attendant just handed me a steaming hot towel! I can definitely get used to Premium Economy)


Okay….I’ve read two magazines and did the New York magazine crossword puzzle.  Tried sleeping, but it’s no use.  Economy, “Premium” Economy, whatever. I have never been able to sleep on an airplane, and this trip is no exception.  What’s driving me crazy about this flight is the temperature.  It’s freezing!  The air at my feet is absolutely frosty.  There are vents all along the floorboards, and they are blowing out arctic air, and my feet are absolutely frozen.  I’m trying to block the air with those little airline pillows, to little avail.  I’ve got a thin little airline blanket wrapped around my feet several times.  Useless.  Sigh.  Seven and a half more hours, and we’ll be in Beijing.  According to my little screen, we land at 6:30 pm.  Our flight leaves at 7:30.  Boarding is at 7:00.  The exit door is ten feet away, so we (Mark and I) should be able to disembark quickly and dash to our gate.  Brrrr… I’m freezing!

Two hours later:   This is crazy.  It is literally like a goddamn meat locker in here! 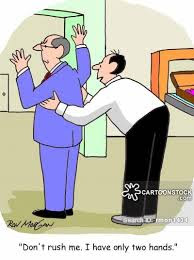 Well, the second leg of the flight was the evil opposite of the first leg.  Our connection was tight.  We arrived at the enormous Beijing airport and then had to walk a vast distance to the international transfer area, where we encountered Passport Control. A hassle.  After that, we had to go through another security screening.  The line was long, but it was moving relatively fast.  I put my carry-on on the conveyor, along with my iPhone and iPad.  I walked through the metal detector and it beeped.  I was pulled aside and was hand-scanned.  Whoops.  My keys.  I handed my keys to the hunky young security guy, who scrutinized the keychain (from the van Gogh museum, in Amsterdam) for five minutes, as if it were a bomb detonator.  He then commenced  an extremely, ridiculously comprehensive pat-down which, given how hot and sexy he was in his uniform, I normally would have enjoyed very much.  However, our plane was scheduled to depart in 18 minutes!  We finally broke away and started looking for our gate, E59.  I looked up.  We were at E2.  Ugh.  We zoomed to E59. No plane.  Just a little shuttle bus to take us to the tarmac for our plane.  I didn’t realize our plane to Yangon was that small.  The shuttle driver clearly did not possess the same sense of urgency that we did, as he fiddled with his thermos and adjusted his rear-view mirror a dozen times.  After what seemed like an eternity, he took us (and one other desperate straggler) to our plane, where we were met by the stares of the entire passenger manifest.  Apparently, they were waiting for us, the last three passengers, before we could depart.  We self-consciously took our seats, disrupting the woman on the aisle in our row, who had gotten settled in very comfortably.  Sorry, lady.

It’s funny how quickly you get used to “Premium Economy”.   We were back in regular ol’ Economy now, and it was absolutely inhumane.  We were sardines in a can headed to Southeast Asia.   A sweltering can, at that.   From NYC to Beijing, the plane was glacial.  From Beijing to Yangon, a sauna.

We started chatting with the woman at the end of our row.  She turned out to be a very cool woman named Renee from San Francisco. She was traveling by herself, which she had done many times in the past.  She packs light (carry-on only; she never checks any bags, she said), and had a similar itinerary to ours.  Chatting with her was really nice.  Our itineraries overlapped in some spots, so perhaps we'll run into her at a domestic airport.

I see on my iPad here that we’re due to land in exactly an hour.  I’ve been up for 27 hours, the last 20 of which have been on planes or in airports. 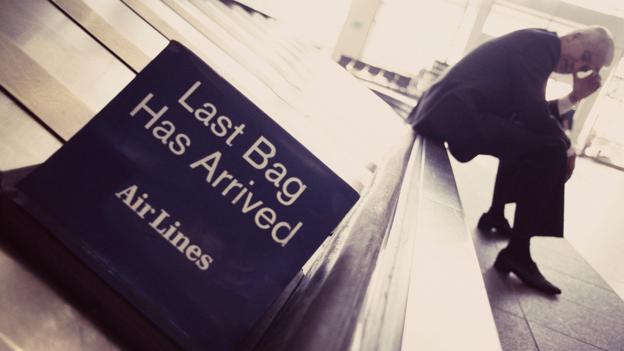 Well, the most inconvenient thing that could happen did happen.  Our luggage was lost.  The connection from Beijing to Yangon was tight, and while we were able to zoom through the airport from our first airplane to our second one, the baggage handlers didn't transfer our luggage with that same sense of urgency.  This is a huge logistical problem because there are no flights fron Beijing to Yangon tomorrow. The next flight is Sunday afternoon.  We, however, are leaving Yangon Sunday morning, to fly to Bagan.

We were met at the airport by a guy from the travel agency named Zaw, and a driver named Tarzan (seriously).   Zaw said this happens pretty frequently, and that he’ll try to arrange to have someone here to receive the bag at the airport on Sunday, and then put the bag on the flight to Bagan.  This sounds promising, but I am skeptical.  All of my shirts, socks, shorts and underwear, both guidebooks, and all of my toiletries, includig my contact lenses, are on that bag.  Sigh.  I'm an experienced traveler, but this is my first lost bag. Renee from San Francisco never checks a bag when she travels, and I see why.  Im not going to let this put a damper on what is going to be a magical trip, but what started out so wonderful (free upgrade to Premium Economy) has now become a bit of a bummer.  Well, no point in fretting. 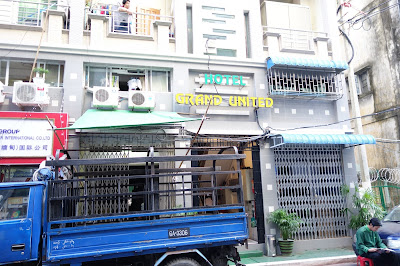 We arrive at our hotel, the Grand United 21st Downtown Hotel.  At least our room is nice. It's 12:30 a.m.  Time to call it a day.  Tomorrow:  a full itinerary of historic buildings and sacred pagodas.