At mealtime, after your cat swallows, the food goes to the back of the throat (the pharynx), and then into the esophagus - the muscular tube connecting the pharynx to the stomach. It then enters the stomach where some digestion occurs, before making its way to the organ that is the focus of our column today: the intestines. 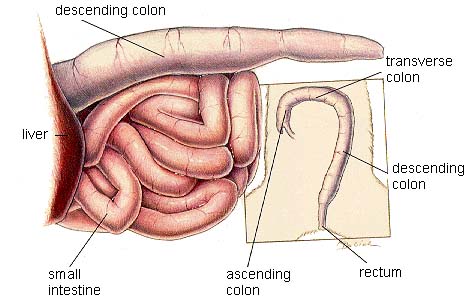 The intestinal tract is divided into two major portions: the small intestine and the large intestine. 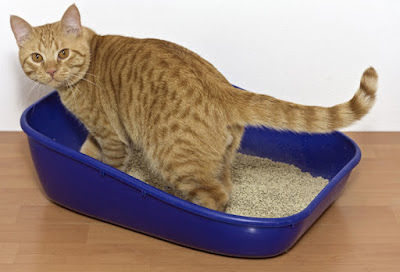 The small intestine is where most of the action occurs, digestion-wise.  After a little initial digestion and processing in the stomach, food arrives in the intestine where digestive juices from the pancreas, and bile from the gall bladder both empty into the duodenum through small openings in the duodenum wall. These enzymes and bile digest the food even further, breaking it down into smaller molecules which are absorbed from the small intestine into the bloodstream. Food then passes from the ileum to the large intestine.

As you might imagine, there are many disorders of the feline intestinal tract, and a discussing all of them would certainly be beyond the scope of this column.  Two common ailments, however, warrant a mention:  inflammatory bowel disease and colitis. 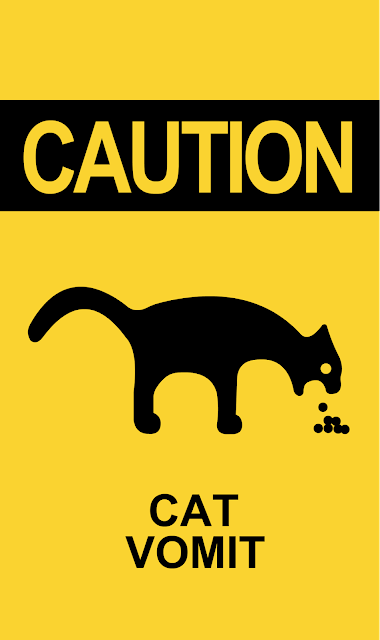 Inflammatory bowel disease (IBD) is a condition in which the immune system mounts an excessive inflammatory response, sending inflammatory cells inappropriately into the gastrointestinal tract.  Any part of the GI tract  - stomach, small intestine, large intestine – may be affected, although the small intestine is most commonly affected.  People mistakenly use the term “irritable bowel syndrome” interchangeably with IBD.  When inflammatory cells infiltrate the small intestine, a number of clinical signs may be seen.  The most common are poor appetite, weight loss, vomiting, and diarrhea.  These signs can occur singly, or in any combination.  Making the diagnosis of IBD requires ruling out other common causes of gastrointestinal inflammation, for example: parasites, food allergy, and metabolic disorders such as hyperthyroidism.  Routine lab tests tend to be normal in cats with IBD.  Ultimately, a definitive diagnosis requires obtaining biopsy specimens from the intestinal tract.  Corticosteroids are usually effective in controlling IBD in cats.  In fact, my own cat, Mittens, was diagnosed with IBD three years ago, and she has been symptom-free on medication. 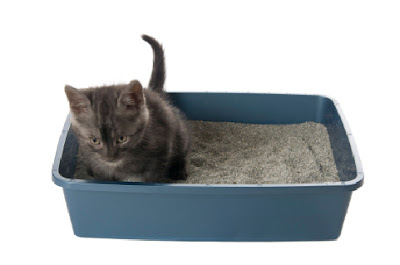 Colitis is inflammation of the large intestine.  Cats with colitis often have diarrhea, occasionally with blood and/or mucus.  They show increased frequency of defecation, and may show straining to defecate.  Vomiting is a common sign.  A common cause of colitis is a sudden change of diet.  Stress is another trigger for colitis.  Cats are creatures of habit and like to have a consistent environment.  A new cat in the house, relatives visiting over the holidays, or a change in the owner’s work schedule can stress out a cat and induce colitis.  Most cases of colitis resolve spontaneously after a few days.  A prescription diet that is high in fiber is helpful in speeding the recovery. Stubborn cases may require medication in addition to a therapeutic diet.