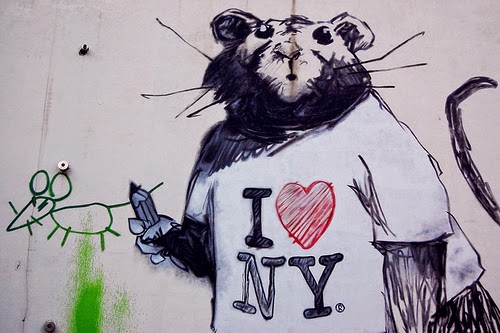 Call me weird, but I seem to find the NYC Department of Health and Mental Hygiene’s rabies reports interesting. 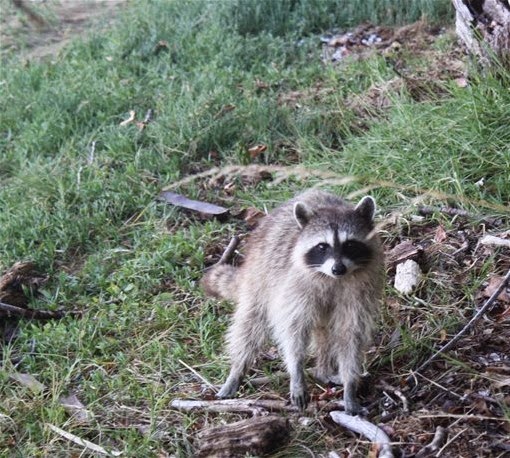 On August 15th of 2014, a raccoon attacked a feral cat and her litter of kittens in Bensonhurst, Brooklyn.

That raccoon had rabies.

Animal Care and Control was in the process of trapping the rest of the feral cat colony, since they were at high risk of rabies infection.

Fortunately, no people were exposed.

So far, 10 animals have tested positive for rabies in NYC this year, including three raccoons from Brooklyn.   That’s a lot, really, when you consider that there had been only 12 cases in NYC since 1992.  Rabies first appeared in Brooklyn in 2010; since then, they’ve detected 8 rabid raccoons.  Most people still associate dogs with rabies, but there hasn’t been a rabid dog reported in NYC in over 50 years.

Raccoons are the main culprits in the spread of rabies to domestic animals.  Skunks, bats, and Sarah Palin are other potential sources.

Clients are constantly asking me if they need the rabies vaccine, since their cat is indoors only.   Well, it’s required by law, for all dogs and cats.  Any unvaccinated dog or cat that may have been exposed to a rabid animal is required to either be euthanized, or be quarantined for six months in an approved facility under daily observation, at the owner’s expense.  So if you let your cat on your balcony, and then someone comes to visit you, and the cat bites that person for whatever reason, and they ask for proof of rabies vaccination, your legal nightmare begins if you can’t furnish proof.  That person could say that your cat may have been exposed to rabies from a bat or a raccoon that it may have encountered while outside on your terrace.  If the law gets involved, you’d have to either euthanize your cat or pay for its six-month quarantine, as well as pay for the person’s post-exposure rabies treatment.  If your cat WAS current on rabies vaccinations, and there was potential risk of exposure, the treatment is different.  The cat would be given a rabies booster vaccine immediately, and the owner would need to confine and observe the cat in the owner’s home for 45 days. It’s better to just get the vaccine.

The USDA, in conjunction with Cornell University, is trying to vaccinate raccoons with an oral vaccine.

These vaccination programs have been done many times in the past.  Oral rabies vaccination will be done using something called the Raboral V-RG bait.  The bait contains a liquid virus vaccine, and will be distributed using fixed bait stations in several parks and wooded areas of Queens and Brooklyn.  Raccoons are drawn to the baits by the brown fish-scented bait.  The baits are not harmful to dogs or cats, although if a dog eats a lot of them, they might vomit.  People are unlikely to get exposed to the vaccine via these baits, although you wouldn’t want to touch them because they kinda stink.  The baits are clearly labeled with “Rabies Vaccine Live Vaccinia Vector. Do Not Disturb.  Merial, Inc. Us. Vet Lic. No 298.” If the bait is intact and out in the open where pets or kids might encounter it, it should be tossed into deeper cover under trees or bushes (while wearing gloves).  People should never try to trap raccoons themselves if they see one.

If you’re interested in this stuff, you can get more info at this link:
http://www.health.ny.gov/diseases/communicable/zoonoses/rabies/wildlife.htm