Another year has come and gone.   My New Year’s resolutions for 2015 have also come and gone, most of them unachieved, unfortunately.

I resolved to organize all of my travel photos this year.  Didn’t happen.

I resolved to convert all of my cassette tapes into mp3 files, and then throw out the massive box of cassettes that I’ve hauled around with me for 30 years.  Didn’t happen.

I resolved to have all of my print photos scanned and converted into jpeg files.  Didn’t happen.

I read an article that said that, realistically, most people can keep between 5 and 9 resolutions.  The author of that article is a liar. 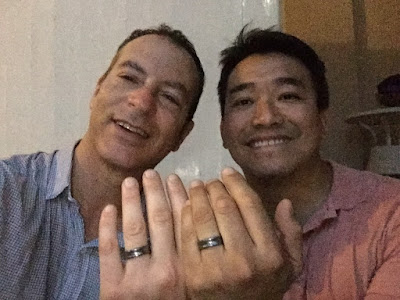 It was a year of ups and downs.  The biggest “up”, I suppose, is that my partner of nearly 16 years, Mark, asked me to marry him! 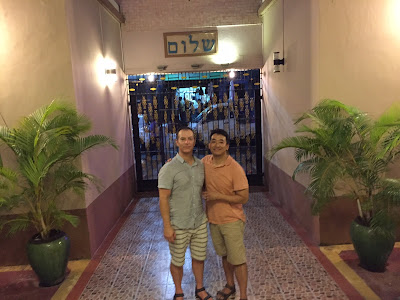 This took place in Rangoon, on the steps of the only synagogue in Burma.  Priceless. (I said yes, by the way.) 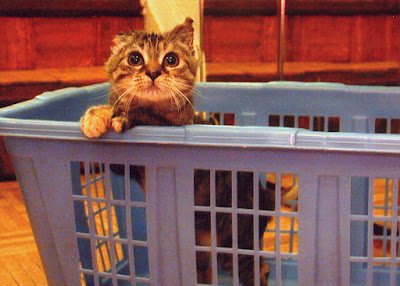 The biggest down was the death of our cat, Crispy, after a brave battle with cancer.   Early this year, I took her in for a routine physical exam and discovered a mass in her abdomen.  Ultrasound showed it to be an intestinal tumor.  It was removed at surgery and was determined to be a malignant tumor called a hemangiosarcoma.  She did poorly post-operatively and needed an emergency blood transfusion.  She has a relatively rare blood type (she was Type B; most cats are Type A) and it wasn't easy finding blood for her.  She ended up recovering pretty well, and then actually thrived for several months, until the cancer returned. 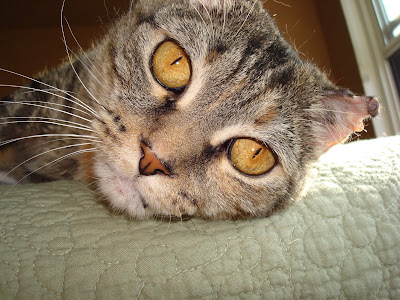 Most of the readers of this blog know about Crispy's origins, i.e. she was brought into the ASPCA as a burned little kitten.  She lost her ears and tail as a result.  She recovered nicely, and I vowed to take her home and give her the life of a queen.  That's her above, as a kitten, playing in the laundry basket.   She died at home, on our bed, on her favorite little rug, with Mark and I right there by her side, comforting her.  I couldn't have scripted a better ending.  I have never bonded with a cat like I did with Crispy.  I really knew her every thought and feeling. I miss her every day.

Here's my favorite portrait of her.  Such intelligence. You can't imagine. 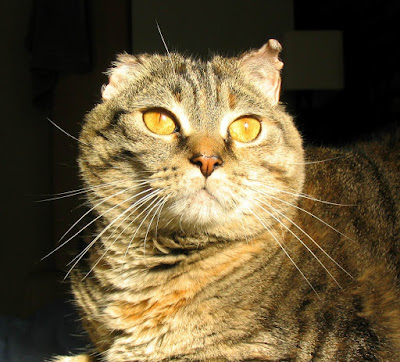 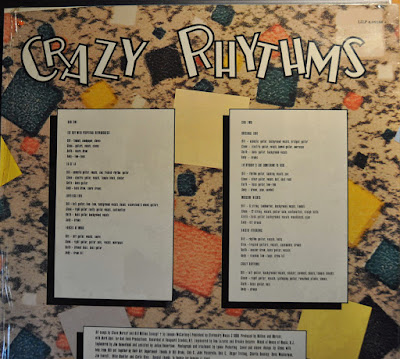 I put the back cover of the album Crazy Rhythms by the Feelies on here not just because I really like this band and album, but "Crazy Rhythms" describes my year pretty well.  I went to the doctor for a routine physical this year and my heart rate, unbeknownst to me, was 148.  Apparently I was in "atrial flutter".  I needed a procedure called cardioversion, whereby they zap my heart with an electric current to snap it back into the normal rhythm.  I did it, and it worked.  For a week.  So I had another procedure called an ablation, where they thread a catheter right into your atrium and use radio waves to zap the wacky pathways that were causing the arrhythmia.  That worked just fine.  I now wear a FitBit HR on my wrist, to check that my heart rate is normal.  So far so good.

Last year, I made a conscious effort to read more books, and actually read 30 by the end of the year.  This year, I subscribed to a few additional magazines, and this to cut into my book reading time.  Still, I managed to read 25.     Only five were fiction, the rest non-fiction.  A mere 3 were music related, which was a surprise, as music is usually a huge part of my reading material.  Travel has become the main focus of my life these days, and books about foreign lands made up the major part of my reading, with one book about Amsterdam, one book about North Korea, and six books about Burma. 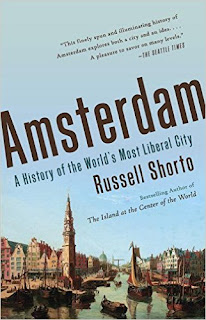 3.  Velvet Rage by Alan Downs, PhD.  (Gay self-help book. Read it for my book club. Minimally insightful)
4.  Picking Up by Robin Nagle.  (Journalist travels with NYC sanitation workers, give us the inside scoop.  Informative and entertaining.)
5.  Amsterdam: A History of the World’s Most Liberal City by Russell Shorto (Fascinating story of my favorite international city.  Excellently written.)
6.  I Loved You More by Tom Spanbauer  (Another selection for the book club I joined.  Poorly written, horrible protagonist, hated it.)
7.  Without You, There is No Us – Suki Kim (Fascinating insider account of life as a teacher in North Korea.)
8.  The Dylanologists – David Kinney (A look at Bob Dylan’s insanely obsessive fans. Scary.)
9.  There’s Something I Want You to Do – Charles Baxter  (Well written collection of short stories, each having characters that intertwine between the stories.  Enjoyable.) 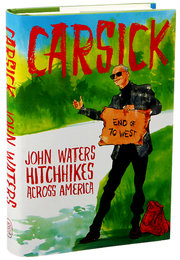 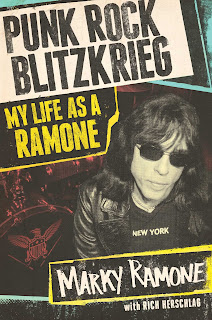 15.  Burma’s Spring by Rosalind Russell (Brilliant account of Burma’s march toward democracy)
16. It’s Not Over – Michelangelo Signorile  (Gay activist’s warning about becoming complacent in the face of recent gains in the gay rights movement.)
17. From the Land of Green Ghosts: A Burmese Odyssey – Pascal Khoo Thwe  (Memoir detailing the journey of a Burmese man from farm boy to university scholar. Compelling.)
18. The Immortal Life of Henrietta Lacks – Rebecca Skloot (Biography and well-deserved homage to the woman whose donated cancer cells have led to countless important medical discoveries.)
19. The Smartest Retirement Book You’ll Ever Read – Daniel R. Solin  (I still have at least five years before considering retirement, but I always like to be prepared.) 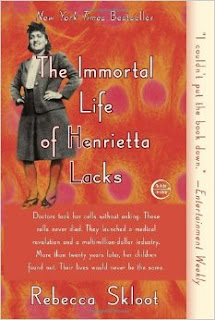 20.  The Rough Guide to Myanmar (Burma) – Gavin Thomas (My Burma obsession continues.  Read this book cover to cover in preparation for my trip there.)
21.  Eyewitness Travel Myanmar (Burma) – DK Publishing  (Read this one almost cover to cover as well, to see what I would be getting into in Burma.)
22.  To Myanmar with Love: A Travel Guide for the Connoisseur – ThingsAsian Press (Helpful tips and practical insights into this fascinating country.)
23.  Mookie:  Life, Baseball, and the ’86 Mets – Mookie Wilson  (Great first-person account of Mookie’s life in and out of baseball, with lots about the fabled “Game 6”)
24. Spell it Out: The Curious, Enthralling, and Extraordinary Story of English Spelling – David Crystal  (Great explanation of how and why we spell words the way we do.)
25. Elephant Company - Vicki Constantine Croke  (Spellbinding account of a fascinating man and his connection to elephants.  Takes place in Burma, of course.)

This year, I expect to read less books, because a few books on my list are very long, like City on Fire and The Goldfinch.  I decided to try a new approach this year:  a novel, followed by a biography/memoir.  The books on the left are the ones I've selected so far.  Ian McEwan and Colm Tóibín are two of my favorite authors.  Can't wait to read their novels.  I've always admired Barney Frank and am interested to hear his insider view of what happens in Washington.  I'm a huge Monty Python fan and will definitely enjoy John Cleese's autobiography.   There were a bunch of Lou Reed biographies published, but the one in my pile is said to be the best of the bunch.  If I get through this stack, I'm aiming to add M Train by Patti Smith to the list, as well as the late, great Dr. Oliver Sacks's autobiography.

I didn’t see as many Broadway and Off-Broadway shows this year as I have in previous years. I think I saw thirteen.  Six were Broadway productions, seven were Off-Broadway.  Can’t predict what 2016 will bring.  I suspect fewer shows.  Ticket prices have really gotten outrageous, and I don’t have the time or patience to wait at the TKTS booths.   Anyway, I saw… 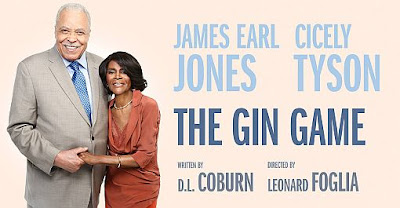 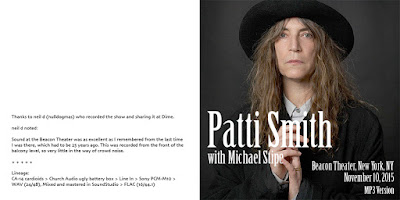 I only attended two concerts this year,  but man oh man, they were fantastic!  One was U2 at Madison Square Garden (absolutely amazing), and the other was Patti Smith at Beacon Theater. Patti played Horses in its entirety.  The date of the concert was exactly 40 years to the day that Horses was released.  Michael Stipe was the unannounced opening act; he sang six great cover versions, and appeared for the encore of “People Have the Power”.  What a night!

I did attend a few cool museum exhibits this year:  The Art of Chuck Jones at the Museum of the Moving Image, the Björk exhibit at MoMA (widely panned by critics, but I love Björk , so I still enjoyed it), the Yoko Ono exhibit at MoMA, and the best of all:  The Picasso Sculpture Exhibit at MoMA.  Truly spectacular.   I anticipate I’ll be going to museums a lot in 2016.  Earlier this year, I applied for a NYC ID card.  I did this because, as a perk of signing up, you were eligible for free memberships at an incredible number of local museums.  I am already a member of MoMA.  I now have a one-year membership to the Brooklyn Museum, the Museum of the Moving Image, the Metropolitan Museum of Art, the Museum of the City of New York, as well as the Brooklyn Botanical Gardens, the Public Theater, Carnegie Hall, and City Center.  It’s going to be a busy year. 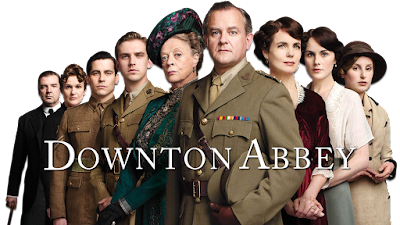 I don’t watch a lot of television, but I got hooked on Downton Abbey early this year, and binge-watched until I got totally caught up.   Also watched every episode of Looking, Transparent, (Season 1 and 2) and Vicious.  I watch videos while on the treadmill at the gym.  This year, I watched the first seven seasons of Curb Your Enthusiasm, and the entire series Louie.  Also just finished the first season of American Horror Story. 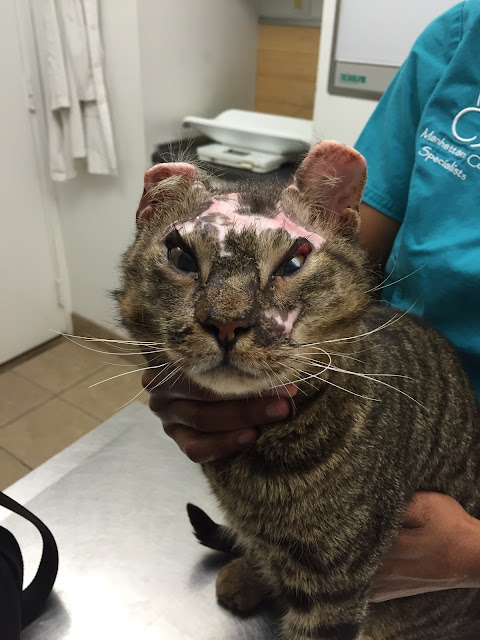 This year, our hospital cat Missy died.  Our longstanding hospital queen, Topeka, was ruling the roost for a few months  by herself.
However, we decided to add a new cat to our hospital staff, a really sweet boy named Kelly.
Kelly was brought into ACC with burns on his head.  No one knows how he got them.  His right ear is mostly gone.  His left ear is partly affected.  The little scars on his head have caused his eyes to be pulled back, like he's received the world's most severe facelift.  It gives him a perpetually startled look that is adorable.

He is the sweetest, most affectionate cat ever, and we love him.  (He's not in any discomforts at all, so don't worry.) We can't wait to get to know him better (we've had him for only about three weeks) and make him a full part of our hospital staff.

The best for last: travel.   Mark and I took three big trips this year:  Paris and Amsterdam.  Stayed with our friend Udi while in Amsterdam, and had a great time for a few days in Paris.  Later in the year we took a short (five day) trip to Oslo.  Very nice city, although very expensive.  Ended the year on a high note with an amazing, incredible trip to Burma (Myanmar), which I will blog about extensively pretty soon.

I hope everyone had a healthy and prosperous year, and I wish the same for 2016.
Labels: books cat rescue cats Musings review Travel