Cat Question: Are all orange tabby cats male and are all calico cats female? 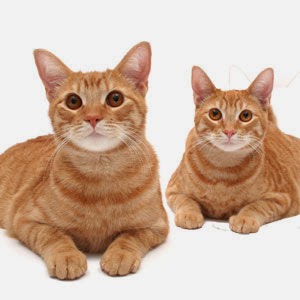 Are all orange tabby cats male and are all calico cats female?

Here's how it works. To have black and orange in the same cat, the cat needs two X chromosomes. Two X chromosomes mean the cat will be female. Male cats need a Y chromosome and are XY.

Occasionally a mutation will arise during embryonic development and a kitten will be born with an extra chromosome: XXY. The two Xs allow for the cat to be black and orange. The Y makes it a male. This is how you get a tortoiseshell or a calico male cat.