Letting Your Cat Outdoors Can Be Dangerous 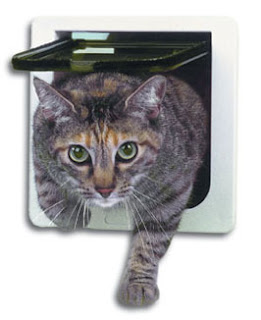 Letting Your Cat Outdoors Can Be Dangerous

As a feline practitioner and advice columnist, I receive many letters from concerned cat owners.   I received a letter a while back from an owner whose cat used to live indoors and outdoors.  He would essentially come and go as he pleased, through the cat door in their kitchen.  Most of his time was spent outdoors, in the owner’s backyard.  Everything was fine.  A new job opportunity has resulted in the owner moving to a new home.  The street out front has much more traffic, and the backyard is considerably smaller.  The owner is very concerned that if he lets the cat outdoors, the cat may get lost, or maybe get injured.  The cat, however, is miserable being cooped up inside all day.


I think the owner’s fears are reasonable.  The owner reveals that the street in front of the house has a fair amount of traffic, and being hit by a car is a realistic possibility.   There are numerous other dangers with letting cats outdoors. Cats that go outdoor are at increased risk of getting into territorial fights with other cats, which can lead to transmission of viral diseases such as the Feline Leukemia Virus (FeLV)  and/or the Feline Immunodeficiency Virus(FIV).  Cat bite abscesses can also occur as a result of fighting between outdoor cats.  Severe weather and predatory animals are also a danger to outdoor cats.   Many studies have shown that cats that live primarily outdoors have a significantly shorter lifespan than those that live indoors.

A better alternative would be to make the cat’s indoor environment more stimulating.  There are several ways to do this.  Purchasing or constructing a “kitty condo” and providing access to elevated areas in the home are good ways to enrich a cat’s life.  Having several types of scratching posts is important.   Cats like toys, and a variety of toys should be available.  The toys should stimulate the various senses.  Laser toys are a good visual stimulus. Catnip toys stimulate the sense of smell.  Toys with bells attached stimulate the auditory senses.  The toys should be rotated, so that the cat doesn’t become bored with them due to overexposure.   Interactive toys are better than passive toys. In other words, rather than just providing toys that the cat has to play with by himself, use toys like a “kitty tease” – a wand with a string that has something attached to it .  These interactive toys are more interesting to cats. It stimulates their predatory nature, and provides exercise. It  also provides important “bonding time” for the owner and the cat.

Cats who are insistent on going outdoors can be taken out for a walk using a harness (a leash is too flimsy and cats can often slip out of them easily), although many cats find being led on a harness a bit frustrating.  An outdoor enclosure, such as a sturdy cage or a screened-in porch, is a good compromise; cats can still be outdoors, yet they are shielded from predators, traffic, and other cats.

The Ohio State University College of Veterinary Medicine sponsors a website called The Indoor Pet  Initiative that provides advice to pet owners for enriching their pet’s environment.  You can click here for more information: http://indoorpet.osu.edu/