Are veterinary emergency clinics really crazier during full moons and Friday the 13ths? What about football games?

When I was an intern at the University of Pennsylvania’s School of Veterinary Medicine (way back in 1990), I had to cover quite a few emergency shifts. Some nights were quiet, and some nights were busy. Some were insanely, crazy busy. During those nights, invariably someone would say, “hey, it must be a full moon out tonight.” I never took notice of the phase of the moon on those hectic nights, but I always did wonder if there was any rhyme or reason to the spurts of craziness that we experienced on our emergency shifts.

The lunar cycle has long been implicated with influencing medical conditions. In fact, it is from the Roman goddess of the moon, Luna, and the belief that the power of the moon can influence the human mind that we get the term lunacy. The lunar cycle is characterized by periodic variation in the lit surface of the moon that is visible from Earth. One lunar cycle is 29.5 days. There are 8 phases of the cycle, as shown in the table below (insert the fuckin’ table here). A full moon occurs when the sun, the Earth, and the moon are aligned.

The first study that I’d seen published on the topic was in the July 15th ,2007 issue of the Journal of the American Veterinary Medical Association. This study reported on 11,949 dogs and cats presenting to Colorado State University’s emergency service over an eleven year period, from February 1992 to December 2002. (Full disclosure: I did my small animal internal medicine residency at CSU.) The results: the number of daily emergencies on full moon days was not significantly different from non-full moon days for either cats or dogs. There were, however, significant differences in the number of emergencies observed on fuller moon days compared with other days. The risk of emergencies on fuller moon days, compared with other days, was 23% greater in cats and 28% greater in dogs. Before we get all mystical and werewolfy about these findings, keep in mind that during fuller moon days, there is increased lunar luminosity. Cats and dogs may have more nocturnal activity during the fuller moon phases, leading to a higher likelihood of injury. It’s a good theory, and if it were true, you might expect more feline trauma cases on these nights. But this wasn’t evident. Well, wait a second. If it’s lighter out, you might actually expect LESS automobile trauma, no? Well, that wasn’t seen either. Okay, you can get werewolfy now.

Some more interesting observations were presented in a more recent report in the Journal of Veterinary Emergency and Critical Care. The article, “Association of holidays, full moon, Friday the 13th, time of day, day of week and time of year on case distribution in an urban referral small animal emergency clinic” assessed the case load over 5837 days. These included 212 full moons, 28 Friday the 13ths, and 147,295 emergency visits. There were a few interesting findings. Over the years that the study was conducted, the proportion of cats and dogs remained consistent, which was odd considering that cats have become more popular as household pets. One would have expected the percentage of cats presenting to the emergency clinic to have increased. Anyway…Sunday was the busiest day of the week. Saturday was next. The busiest holiday was Memorial Day, followed by New Years Day. As for Friday the 13th, Halloween, and full-moon days, they were NOT significantly busier than any other day. So… full moons, no. Fuller moons, yeah. Witches, pumpkins, Freddie Kruger, no. 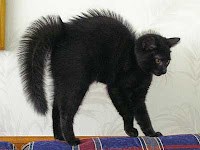 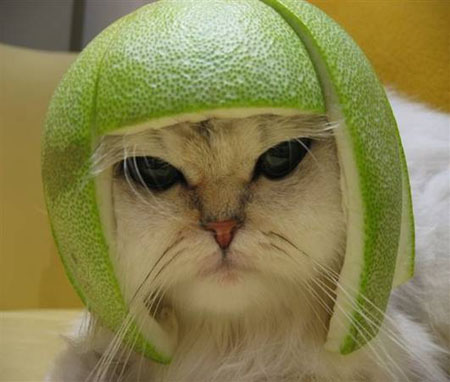 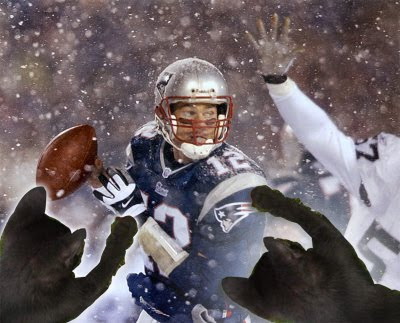 What about emergency admissions during the actual game time? Well, five games with a so-so importance (1.7 on the game importance ranking scale) were played on Sunday at 1:00. Twelve Sundays during the season did not have a game at 1:00. The game time ended up not having any effect on emergency room visits. The average number of dogs and cats brought to the emergency room from 12 to 4 pm on Sundays during Patriots games vs. the 12 to 4 pm period on Sundays where there was no Patriots game did not differ.

Here’s where it gets interesting:

Three games were played on Sunday at 8:15 pm. The number of emergency room visits during the 8 pm to midnight time slot during Patriots games did not differ when compared to admissions during 8:00 to midnight on non-Patriots game Sundays.

When they looked at game importance only, the importance of the games had no significant effect on the number of small animal emergency room visits. And there was no significant increase in emergency room caseload immediately following the conclusion of the 1:00 or 4:00 football games. It’s not like people were saying, “dang, my dog just vomited for the 19th time in the last hour, but I’m going to wait until the game is over before bringing him in”. In fact, there was no difference in severity of illness in the dogs and cats brought to the emergency room right after a game, suggesting that cats and dogs were not deteriorating medically at home while their owners were watching the football game.

The conclusion reached in the article was this: “Popular professional sporting events, particularly in geographic regions with a dedicated fan base, may affect the caseload of a veterinary emergency room and that staffing alterations may be warranted.” The finding that there were less admissions to the emergency room during important Patriots games kind of mirrors the findings in a recent study from the UK which showed a significant decreased in admission of children to a pediatric emergency room the weekend that a new Harry Potter book was released, presumably because children were busy reading rather than running around poking a stick in their playmate’s eye. They figure that dogs and cats are less likely to be traumatized while their owner are engrossed in a football game than perhaps they might be if they were out hiking with the dog.

In any event, the influence of football games, Halloween, lunar cycles and Friday the 13th on veterinary emergency visits looks pretty minimal at best. I’m just glad that my days of covering emergencies are over. As far as I’m concerned, all of those days were crazy and hectic and stressful. I much prefer my quiet, mellow non-stressful private kitty practice.