The Power of Words in Veterinary Medicine - The Unedited Version 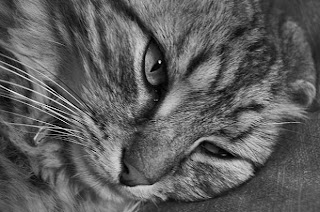 The Power of Words in Veterinary Medicine (The Unedited Version)

A cancer diagnosis had become as common as a urinary tract infection. I had forgotten the impact of a poor prognosis.

In our celebrity-driven, reality TV-obsessed world, it’s become pretty apparent that in the year 2012, the classic objects of desire – money, fame, and power – remain as coveted as ever.  Although we veterinarians tend to live in our own little bubble, by no means are we immune to the ways of the real world.  Speaking strictly for myself, I have no desperate desire for fame. My small but devoted cadre of followers of my clinic’s Facebook page and my personal blog is more than sufficient to make me feel recognized.  As for wealth, I certainly wouldn’t mind a little more of it, but I do own my own practice and we’re doing pretty well, and given the economic woes that many of my clients have experienced these past few years, I consider myself fortunate to have a steady job and a nice paycheck and there’s no justification for me to whine about finances.

It’s the “power” part of the equation that I find myself dwelling on instead.   Fame and wealth may seem elusive, but as a veterinarian, I have more power than I have ever dreamed of.  I suppose if I were to broach the topic of power to a group of veterinarians, most would suspect I was referring to the power one might acquire when advancing from an associate position to becoming a partner or perhaps even a practice owner, attaining the power to control one’s own life a little better, i.e. less worrying about job security, fleeting benefits, non-compete clauses, or sudden changes in schedule.   However, this is not the type of power that’s been occupying my thoughts.  I’m referring to the power we have, as veterinarians, to completely ravage the lives of others with a simple sentence or two.

I became aware of this power in the first few years of my veterinary career, in the early ‘90s. While working at a feline-exclusive practice in Maryland, I was scheduled to see an elderly client of ours.  She was a charming, delightful woman in her late 80’s, with a mind as sharp as a tack.  She cherished her cat and doted on him accordingly.  She had noticed he had recently begun to favor his right rear leg.  “Maybe he stepped on a piece of glass?” she wondered.  “Or maybe he fell and sprained it when I wasn’t watching?  I’m just not sure.”  I told her that I would examine her cat and see if I could figure it out.  I lifted her cat out of his carrier so that I could bring him to the scale and weigh him.  As I picked him up, I could feel a large, firm mass infiltrating his right hip and part of his sacrum.  It was something the client had not noticed.   This was the early ‘90s, and vaccine-induced sarcomas were hitting their peak. In our cats-only practice, we had seen many of them.  I knew from experience that this mass was undoubtedly a sarcoma, that it was in a location that was not amenable to surgery, and that this poor cat was doomed.  I had grown quite fond of this client, and my heart sunk as I carried the cat to the scale.   After weighing the cat, I brought him back to the exam table and performed my exam on automatic-pilot, feigning concern about his mild dental tartar and his waxy ears.  All I could think about was the tumor, and how I was going to break the news. At the completion of the exam, I looked at her and said, gently, “I feel a mass on your cat’s hip, and I think that this is likely the cause of his limp.”  “A mass?” she asked.  “A firm lump, yes,” I replied. “Let me show you”. I put her hand on his bulging right hip.  I then placed her hand on his other, normal hip for comparison. She immediately felt the difference.   The conversation progressed to talk of x-rays and biopsies.  Although I tried to cushion the blow as best I could, this client was very perceptive, and she could see right through my feeble attempts.  As the reality of the situation sunk in, she looked at her cat as he peacefully sat on the exam table and she quietly began to weep.   Twenty years later, I still get choked up thinking about it.  I don’t recall the rest of the appointment or the subsequent euthanasia not long after.   I just remember how one phrase – “I feel a mass on your cat’s hip” – ruined this poor woman’s life.  The power I yielded in that exam room was colossal, and my awareness of it became deeply ingrained, becoming a significant (and eventually subconscious) component of my style of practice for many years.

Somewhere along the way, however, as the years progressed and the number of cancer diagnoses under my belt multiplied, I started to take for granted this enormous clout that veterinarians possess.  In my own cats-only veterinary hospital, we see many cats who present with weight loss, inconsistent appetite, and vomiting.  After ruling out common disorders such as diabetes, hyperthyroidism, and chronic renal disease, we’re often faced with a diagnosis of a gastrointestinal disorder.  In about 60% of the cases, these cats end up having inflammatory bowel disease.  In the other 40%, we diagnose low-grade gastrointestinal lymphoma.   Practically every week (or at least every other), I find myself phoning a client to tell them that the intestinal biopsies have revealed low-grade lymphoma.  I then launch into my “lymphoma talk”, telling them that we should start the cat on prednisolone and chlorambucil, and that as cancers go, this particular one has a decent prognosis, with a median survival of around 25 months.

A few months ago, I noticed on our appointment schedule a client whose cat we had recently diagnosed with low-grade intestinal lymphoma. Her prior veterinarian was (in my opinion) lackadaisical in terms of his diagnostics, and the client left his practice with no explanation for the weight loss.  I had seen the cat initially, scheduled the work-up (abdominal ultrasound, endoscopic biopsies, vitamin B12 and folate levels, etc.), and came up with the lymphoma diagnosis.  I called the client, relayed the diagnosis, discussed the treatment and prognosis, arranged for her to pick up the medications and begin treating. I asked her to schedule a follow-up appointment with me in two weeks.  In our appointment book, however, the client was scheduled to see my associate, a recent Cornell grad who, though still faced with a steep veterinary learning curve, had already distinguished herself as being uncommonly empathetic and compassionate, with a warm bedside manner and proficient communication skills.  I assumed that the scheduling of this client with my associate (rather than with me) was inadvertent.  However, when I mentioned it to my associate, she tactfully informed me that the client had actually requested the change.  “I think you might have underestimated just what a huge blow it was to this client to be told that her cat had lymphoma.   The woman has been crying every day since the diagnosis.  She has a million questions – about treatment, about prognosis, about pain, about quality of life.  But she was reluctant to call you, because you seemed so…”   She grasped for the right word.  “Flippant”, she finally said.   “You came across as very matter-of-fact about the diagnosis and treatment.  I don’t know if you realize how much this diagnosis affected this woman’s world.”

Here I was, patting myself on the back for working up the case so seamlessly, arriving at a diagnosis without really breaking a sweat.  Hearing these words was a total reality check.  After 24 years of practice, where a cancer diagnosis had become nearly as common as a urinary tract infection, I realized that I had indeed begun to forget the power of the veterinary spoken word.  Duly humbled, I berated myself for being such a dolt. 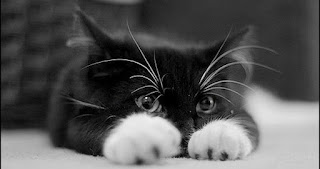 My associate said, “Hey, don’t worry about it.  She could have gone somewhere else for treatment. But she really is grateful that you came up with the diagnosis and she wanted to stay with our practice.  So be thankful that she stuck with us. Just keep in mind that a diagnosis of cancer – even low-grade GI lymphoma that carries a decent prognosis – is still a diagnosis of cancer, and news like this is like a fist in the face.” Pretty smart lady, my associate.

I have resigned myself to the reality that I will never have the wealth of a Warren Buffet or a Bill Gates, nor the fame (nor, sadly, the looks) of a Brad Pitt or a George Clooney.  However, I (and my fellow veterinarians) will always have more power than we ever could imagine, and we would be wise to take heed of this and never take it for granted.  To use this power with wisdom and compassion is an art form that is difficult – but hopefully not impossible – to master.